Your message was sent successfully

If you have any questions, e-mail us at: 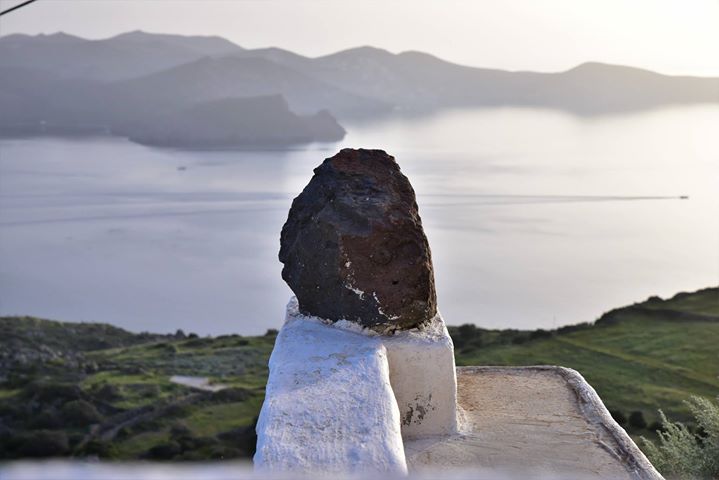 Milos has the most beaches of any other island in Cyclades and a dramatic coastal landscape with colourful and crazy rock formations. The name of Milos became famous because of the beautiful statue Venus de Milo made of marble of Paros Island and that is now exhibited in the Museum of Louvre. The beautiful beaches and the history of the island combined with modern hotel facilities are the main reasons of tourism attraction.

Milos has a fascinating history of mineral extraction dating from the Neolithic period when obsidian was an important material. The settlement of ancient Filakopi is considered one of the biggest ones in Cyclades established during the Bronze Age. The trade of obsidian, a natural volcanic glass stone used for making tools, established the economic prosperity of the island. During the Peloponnesian Wars, Milos was the only Cycladic Island not to join the Athenian alliance. It paid for this decision, when Athenians massacred the islands residents for revenge. Milos has very rich subsoil and materials as sulphur and kaolin have been mined. Today Milos is the biggest bentonite and perlite production and processing centre in the EU.

The island of Milos spans an area of 160 sq. km. with a total population of 4.771 residents. The islands closer to Milos are Kimolos on the east and Sifnos on the northeast. The islets nearest to Milos are Antimilos and Polyaigos.

The unusual geographical features of Milos have given to its approximately 70 beaches unique shapes. Strange formations, rocks casting their shadow over the sands, caves to swim through, every single beach in Milos is totally different to the other. The most famous of them are: Chivadolimni, Papafragas, Sarakiniko, Lagada and Papikinou.

There are some Roman ruins near Trypiti, including Greece’s only Christian catacombs. The Catacombs were dug out of volcanic tufa, and form a magnificent early Christian monument, where religious ceremonies were held and the deads were buried. The Catacombs of Milos are among the most remarkable ones in the world, together with the catacombs in Rome and the Holy Land.

This website uses cookies to improve your experience while you navigate through the website. Out of these, the cookies that are categorized as necessary are stored on your browser as they are essential for the working of basic functionalities of the website. We also use third-party cookies that help us analyze and understand how you use this website. These cookies will be stored in your browser only with your consent. You also have the option to opt-out of these cookies. But opting out of some of these cookies may affect your browsing experience.
Necessary Always Enabled
Necessary cookies are absolutely essential for the website to function properly. This category only includes cookies that ensures basic functionalities and security features of the website. These cookies do not store any personal information.
Non-necessary
Any cookies that may not be particularly necessary for the website to function and is used specifically to collect user personal data via analytics, ads, other embedded contents are termed as non-necessary cookies. It is mandatory to procure user consent prior to running these cookies on your website.
SAVE & ACCEPT